For the past several weeks, the OpenSidewalks team has been actively preparing for State of the Map US (SOTMUS), an annual gathering for the US-focused OpenStreetMap (OSM) community. The conference includes presentations from researchers, professionals, and hobbyists, along with lightning talks and hands-on workshops. The OpenSidewalks team had the opportunity to present a brief overview of our proposal for standardizing conventions around sidewalk tagging in OSM. 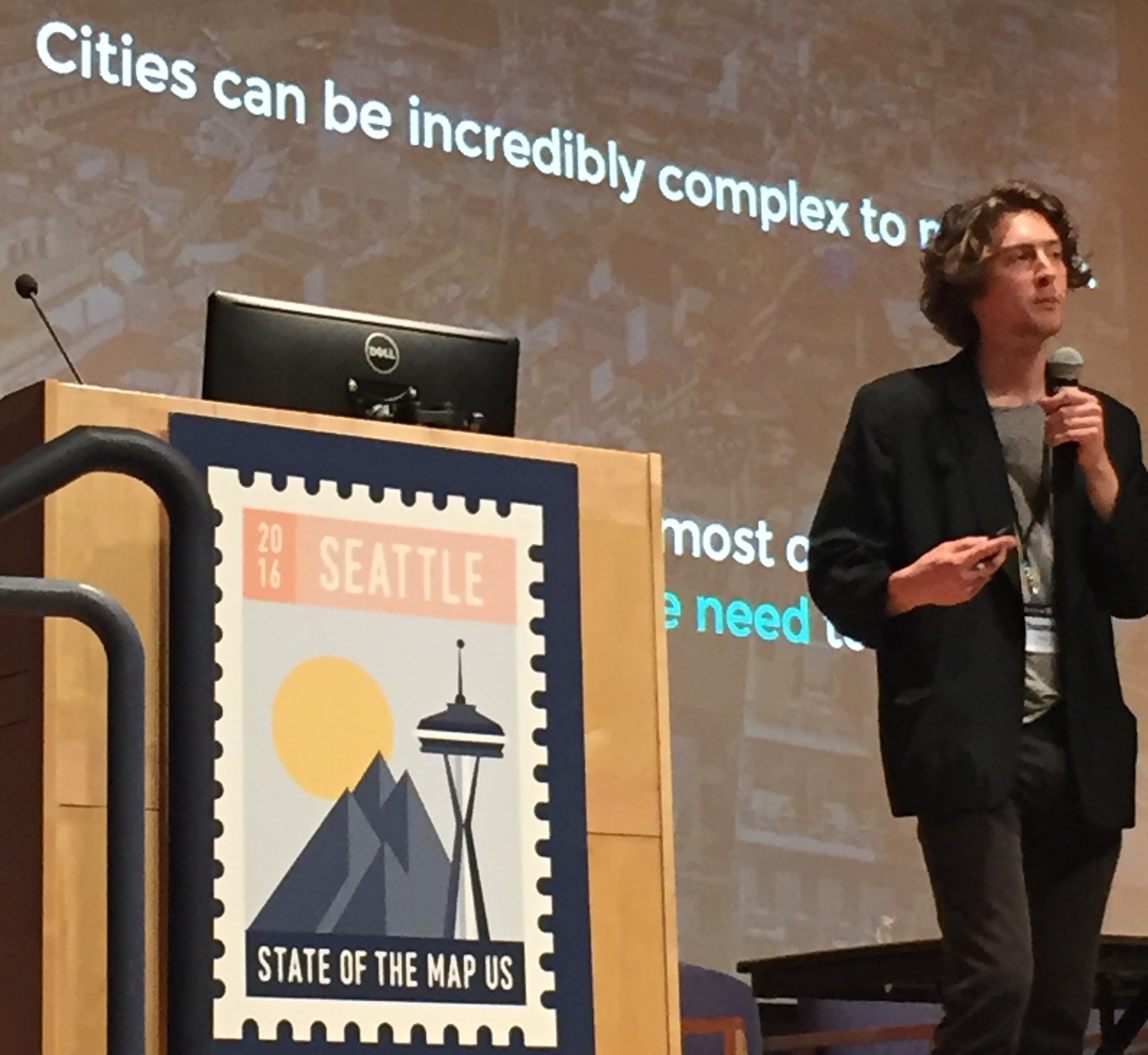 Along with our presentation, OpenSidewalks coordinated a birds-of-a-feather lunch event with interested representatives from local mapping groups, government GIS teams, and academia. We received significant positive feedback and were able to chat with several individuals and groups working on related sidewalk or pedestrian routing challenges. We participated in workshops to expand our skills for custom rendering and modifying OSM editors. We returned from SOTMUS energized and equipped to begin the next phase of our DSSG work. 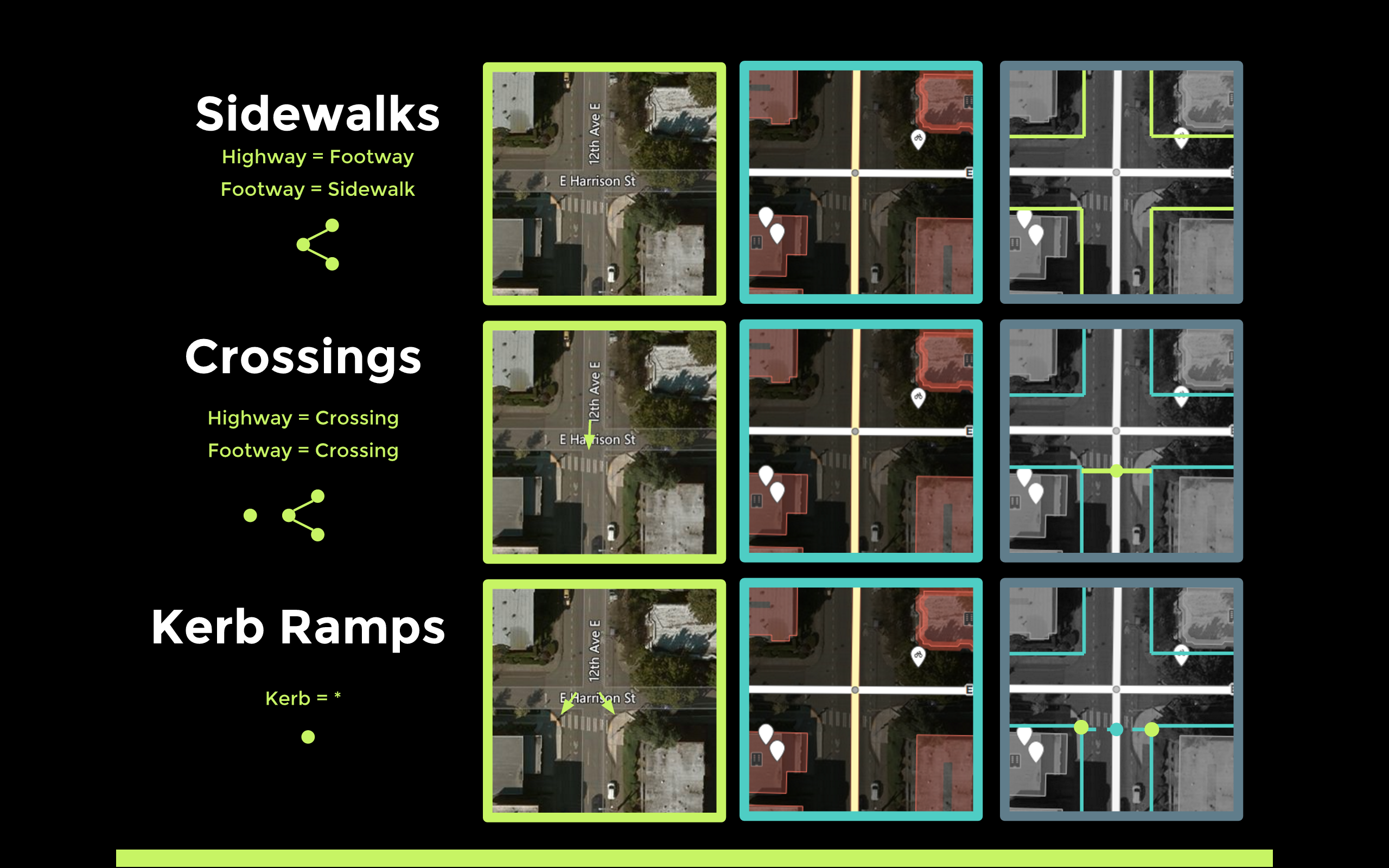 Beyond our proposal for standardizing conventions for mapping and tagging sidewalk data, the OpenSidewalks team has been developing tools to simplify importing municipal and other open sidewalk datasets. Bulk imports are a controversial method in the OSM community, but Import Guidelines have evolved through the realization of various import projects (and particularly in response to major import errors that had to be reverted). OpenSidewalks has now begun the import proposal process and at SOTMUS we received some feedback on our strategies from the coordinators of major import projects currently underway.

In the next two weeks, OpenSidewalks will continue to work on our import tools and proposals, and we are also coordinating a mapathon for accessibility on UW campus on Sunday, August 7.

And just in case our current projects aren’t compelling enough for you, please note that the OpenSidewalks project also supports efficient pokémon hunting through safer, more effective pedestrian routing. And like Eevee, it has the potential to adapt as networks and priorities shift.